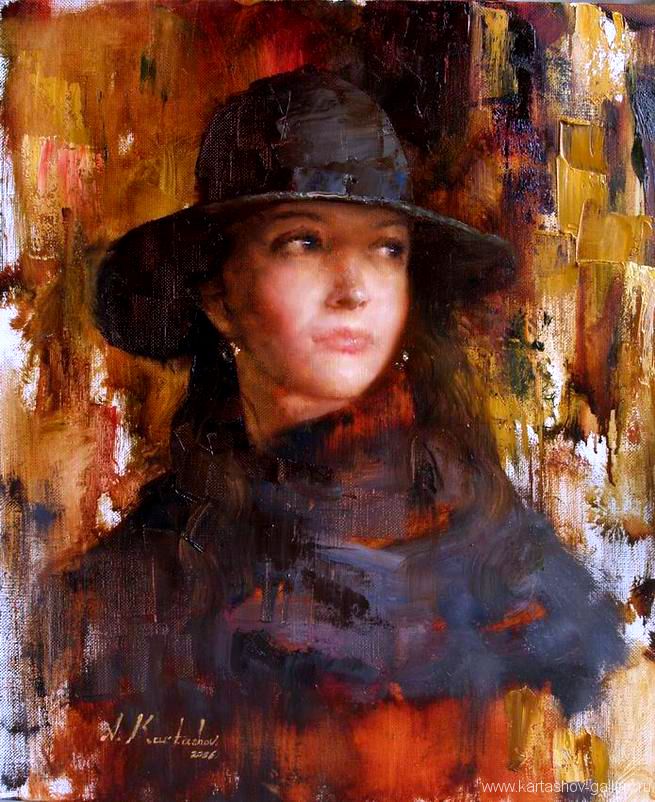 Artist Andrey Kartashov was born in 1974 in the city of Uzhgorod (Ukrainian SSR). Soon the family of the future artist moved to Leningrad and Andrei entered the 11th children’s art school in the city of Leningrad.

After graduating from high school, Andrei studied, from 1990 to 1995, at the Uzhgorod College of Applied Arts. Kartashov graduated from college with the best thesis, which gave the graduate the right to enter, without exams, to the Lviv Academy of Arts. However, Kartashov did not use this right and returned to St. Petersburg, where he began to attend, as a volunteer, the workshops of professors Yu.M. Neprintsev. and Sokolova V.V. at the Institute named after I.E. Repin.

In 1997, Andrei entered the painting department of the IZHSA them. I.E. Repin of the Russian Academy of Arts. In 2006, after graduating from the institute, the artist was invited to China for creative and teaching activities. In the same year, the artist began collaborating with the American company WAM (Wenstein Art Management) and a number of American galleries.

In 2007 the artist became a member of the American Portrait Painters Association (PSA).

In 2016 Andrei Kartashov joined the Union of Artists of Russia.

This site uses Akismet to reduce spam. Learn how your comment data is processed.